Throughout the history of aviation, the helicopter has occupied an important niche because of its unique capabilities. An impressive aircraft that has seen varied and numerous use in military and civilian applications, its value as a versatile and powerful or vehicle is appreciated by its pilot, users, or passengers.

Though smaller and with a lesser range than an airplane, its capability to take off and land vertically in small spaces means it can go where most planes cannot, its ability to hover allows it to perform tasks no airplane can.

The helicopter has constantly evolved during its lifetime and will continue to do so with the advancements in technology. One of the most striking examples of its evolution is the world’s first stealth helicopter. This is the story of The Comanche Helicopter: 15 Little Known Details We Just Found Out

The origins of the Comanche date back to the Cold War period, when military planners determined the need for a new multi-role helicopter that can perform reconnaissance and attack functions as well as act as a target designator for the more heavily armed Apache AH-64.

Related: Secrets We Never Knew About The SR-71 Blackbird

From this requirement, the U.S. Army launched the Light Helicopter Experimental (LHX) program that was participated by major aircraft companies, all submitting their respective designs. By April 1991, the project announced the joint Boeing-Sikorsky proposal as the winner.

13 Never Been Done Before

With no precedent aircraft to emulate or follow, Boeing-Sikorsky faced many challenges as new, never before design and technologies including stealth technologies, advanced sensors and various weaponry needed to be incorporated in its airframe.

By 1993, construction of the first prototype started, and two years later this prototype was formally rolled out at Sikorsky’s production facility, with the plan for its test flight to commence shortly thereafter, but structural and software problems delayed this until 1999.

While the F-117 Nighthawk has been in existence since the early ’80s, the challenge in creating a totally new type of rotary/bladed aircraft was immense. This required the engineering team to find solutions (some still classified) to numerous technical setbacks that in the end were overcome, resulting in the first-ever stealth helicopter.

Planned as to be a day or night platform, the Comanche was equipped with state-of-the-art avionics, navigation, and detection systems, allowing it to operate even at night or bad weather.

9 Armed To The Teeth

With its designation as a light attack helicopter, the Comanche was armed with a single chin-mounted 20 mm three-barrel XM301 rotary cannon, which could be pointed rearwards and retracted under its fairings as well as six AGM-114 Hellfire air-to-ground missiles or twelve pylon mounted AIM-92 Stinger air-to-air missiles.

8 Have A Longbow Too

Part of its detection system was a smaller version of the “Long Bow” radar, an advanced system capable of simultaneous tracking of more than 100 targets and within 30 seconds  engaging up to 16 targets.

Related: 15 Incredible Military Vehicles That Never Made It To The Battlefield

7 All Seeing, All Firing

Envisioned as the ultimate recon and light attack chopper, the Comanche was also installed with a digital fly-by-wire flight control system. As a two-crew aircraft, each was equipped with a pair of LCD multi-functional displays together with Helmet-Integrated Display and Sight System (HIDSS)

6 Beginning Of The End

In the decade that followed, we received launch, successive delays piled up on the development of the Comanche that ultimately caused its cancellation. Finally, by February 2004, the U.S. Army announced that they had decided to terminate all work on the Comanche program.

5 The Winner And The Loser

As the massive budget overruns plagued the Comanche program, the US army then embarked on a new project called the Armed Reconnaissance Helicopter (ARH) program that chose the Bell ARH-70 as the winner, but in a turn of events similar to the ill-fated, Comanche, this program was canceled as well.

In 2018, the US Army embarked on another helicopter procurement program, this time called the Future Attack Reconnaissance Aircraft (FARA), which is essentially a continuation or modified version of the canceled LHX and ARH programs. Interestingly, for the FARA program, former Comanche partners Boeing and Sikorsky submitted their own proposals, with Sikorsky entering their Raider X compound helicopter concept.

Another interesting helicopter that was entered in the FARA competition is the Bell 360 Invictus, which when reviewed shares more than a passing semblance with the much older Comanche including the tail rotor design, 2 crew cabin layout, and retractable landing gear.

With a lengthy twenty-two-year research and development period that ultimately cost nearly 7 Billion dollars, the Comanche program was only able to produce two prototypes that are now stored for display and preservation purposes.

1 Its Legacy Lives On

While the Comanche program was canceled, the technological, design, and engineering advancements learned during its development and testing phase has found its way to new aircraft. The stealth characteristics that came from its use of the material and surface design now can be seen in its next-generation brothers, including the classified stealth Blackhawk.

Next: This Is Why We Love The Apache Helicopters 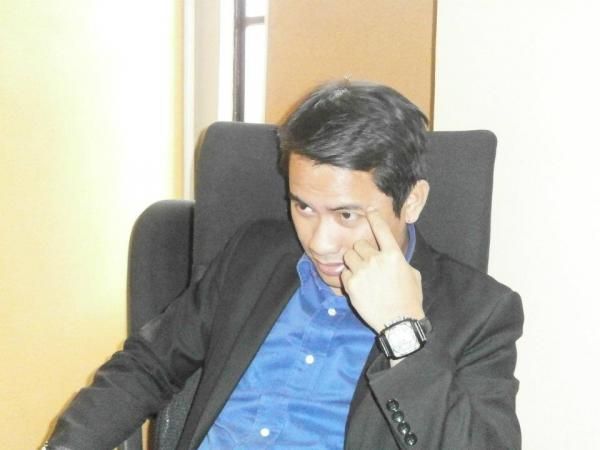 Karlo watched a lot of Mcgyver back in the 90’s and grew up trying to be a Mr. fixit/jack of all trades. A fan of cars and bikes, and most anything with an engine, he divides his time between work and family. A leading business development, project manager in the auction and liquidation industry, and consultant for various local and national government offices in the Philippines. When not at work, Karlo spends his time at home, with family, either being the cook or fixit guy in his house.

Credit Cards
If perhaps you're planning almost any major DIY projects or perhaps renovations this particular summer time, then it's very likely you will need to...

Procurement Software Market to Flourish with an Impressive Cagr During 2020-2027 – The Daily...